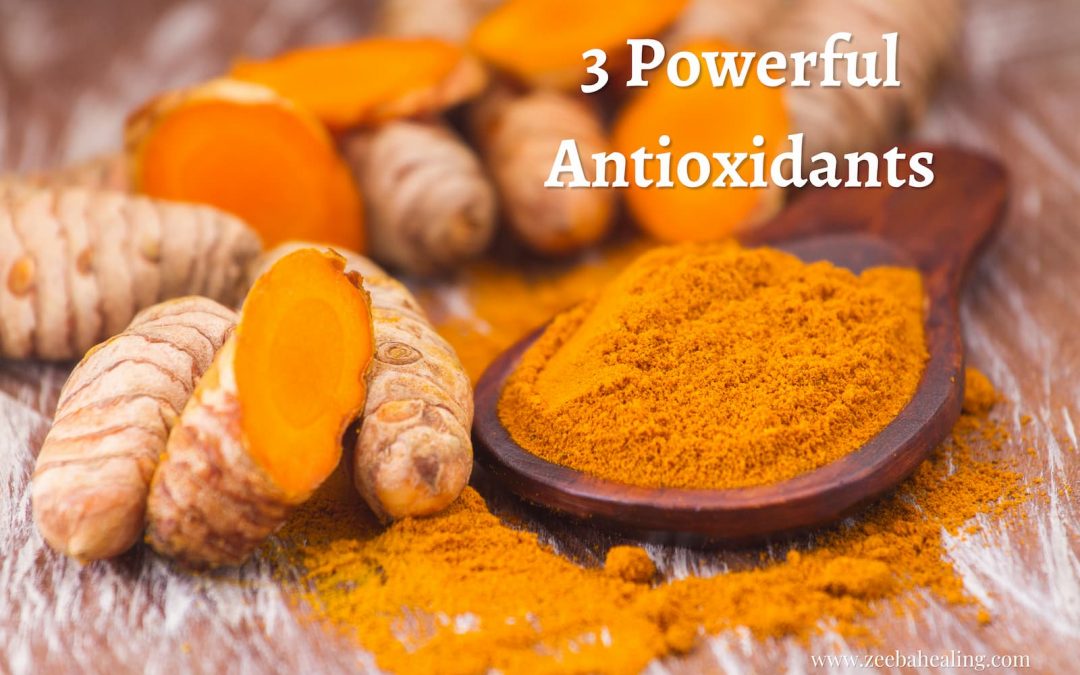 Antioxidants can help neutralize free radicals and reduce damage caused by oxidative stress. While there are many antioxidant substances that support health, there are three key botanical antioxidants that really stand out. Curcumin, green tea, and resveratrol are considered important supplements that have been featured extensively in the scientific literature.

Curcumin has extremely high antioxidant activity. It helps support healthy immunomodulation and healthy inflammation. Curcumin also supports the healthy activity of enzymes, growth factor receptors, cofactors and many other molecules in the human body. It also helps the maintenance of healthy arteries, lowers the risk of heart attacks, lowers the risk of developing cancer, and improves a host of other medical conditions. Curcumin has powerful effects on the immune system, is a huge brain protector, and supports mitochondrial function. Clinical studies show that curcumin is highly effective in treating diabetes, fibromyalgia, Parkinson’s, and Alzheimer’s.

Green tea, in particular, the active compound epigallocatechin gallate (EGCG), is another powerful antioxidant. In addition to the neutralization of free radicals, green tea has been shown to possess diverse health supporting qualities as an epigenetic modifier. Compounds in green tea communicate and  interact with DNA to support healthy cell proliferation as well as apoptosis, or programmed cell death.

Green tea is filled with antioxidants, and has many fabulous benefits, including helping to prevent dementia and memory loss, protecting the brain cells from oxidative damage, and protecting the heart. It can reduce cholesterol, overall inflammation, plaque build-up in the arteries, lower cancer risk, and improve memory. Green tea also helps to reduce blood pressure, increase fat burning and metabolism, encourage weight loss, reduce glucose absorption in the gut, and limit the liver’s production of glucose, and improve insulin sensitivity. L-theanine is an extract from green tea that creates a meditative effect and is effective for treating anxiety.

Resveratrol is an antioxidant polyphenol that has been widely studied for its neuroprotective effects and is involved with cell metabolism, proliferation and stability. Resveratrol is found in red wine and is well known for its support of overall cardiovascular health. It keeps platelets and oxygen flowing up to the brain. Resveratrol blocks the production of dangerous inflammatory agents and strengthens the lining of arteries. It triggers the metabolic engines of the body and promotes fat burning.

*A good starting point is 50mg daily of resveratrol. A note about drinking red wine: I’m not going to advocate whether you drink alcohol or not, but studies have shown that if you’re going to drink red wine, it’s best to do so in moderation. In other words, no more than 1 glass per day or every other day.

If you need help creating an eating, nutrition, or supplement plan, reach out to me.


Disclaimer:
The sole purpose of these articles is to provide information about the tradition of Ayurveda and holistic health. This information is not intended for use in the diagnosis, treatment, cure or prevention of any disease.